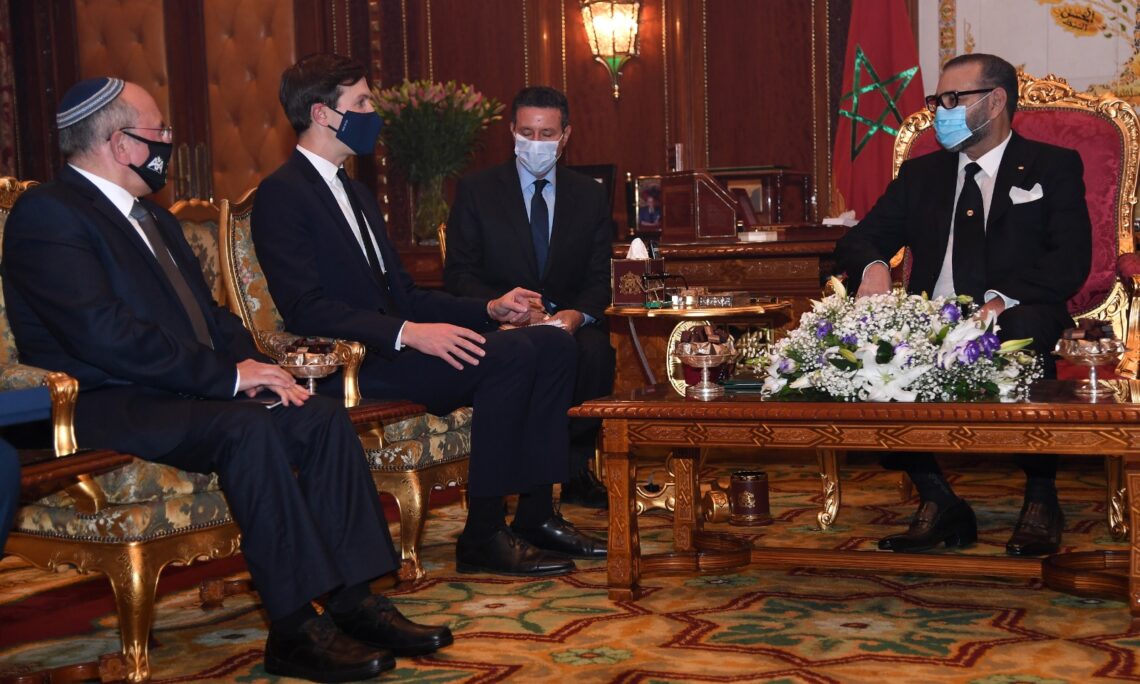 Today, the United States, the Kingdom of Morocco and the State of Israel concluded a historic and groundbreaking series of events in Rabat, Morocco.  The first commercial flight from Israel to Morocco launched the resumption of relations between Morocco and Israel. The United States is proud to have brokered this agreement and welcomes the beginning of a new era of warm relations between the Morocco and Israel, with signed agreements that immediately benefit the two nations and the region.

The senior-level U.S. delegation was led by White House Senior Advisor to the President Jared Kushner, U.S. Ambassador to Morocco David T. Fischer, Special Representative for International Negotiations Avi Berkowitz, and CEO of the U.S. International Development Finance Corporation Adam Boehler.  The discussions covered a range of key bilateral and regional topics focused on immediate steps to resume relations between their two countries across all sectors.

“This week, we proudly advanced the cause of regional peace and security with the first direct commercial flight on El Al from Israel to Morocco,” Mr. Kushner said. “For this breakthrough, I would like to thank my friend King Mohammed VI, as this will bring about a whole new set of opportunities for North Africa and the entire Middle East.”

Ambassador Fischer lauded the historic visit of an Israeli diplomatic delegation to the Kingdom of Morocco and a direct flight from Tel Aviv to Rabat.

“Once again, His Majesty King Mohammad VI has demonstrated his strength and wisdom as a world leader.  By directing this historic shift towards enhanced, closer relations with Israel, His Majesty is creating new opportunities for peace and prosperity to flourish in the region — and the world,” the Ambassador said.

During the visit, Mr. Boehler of the Development Finance Corporation announced a series of efforts to expand U.S. investment in Morocco and strengthen its role as an economic hub for the continent. In sum, these initiatives seek to mobilize $5 billion in investments in Morocco and across the region.

The United States looks forward to continuing to strengthen its deep, historic ties with Morocco built over more than 200 years.