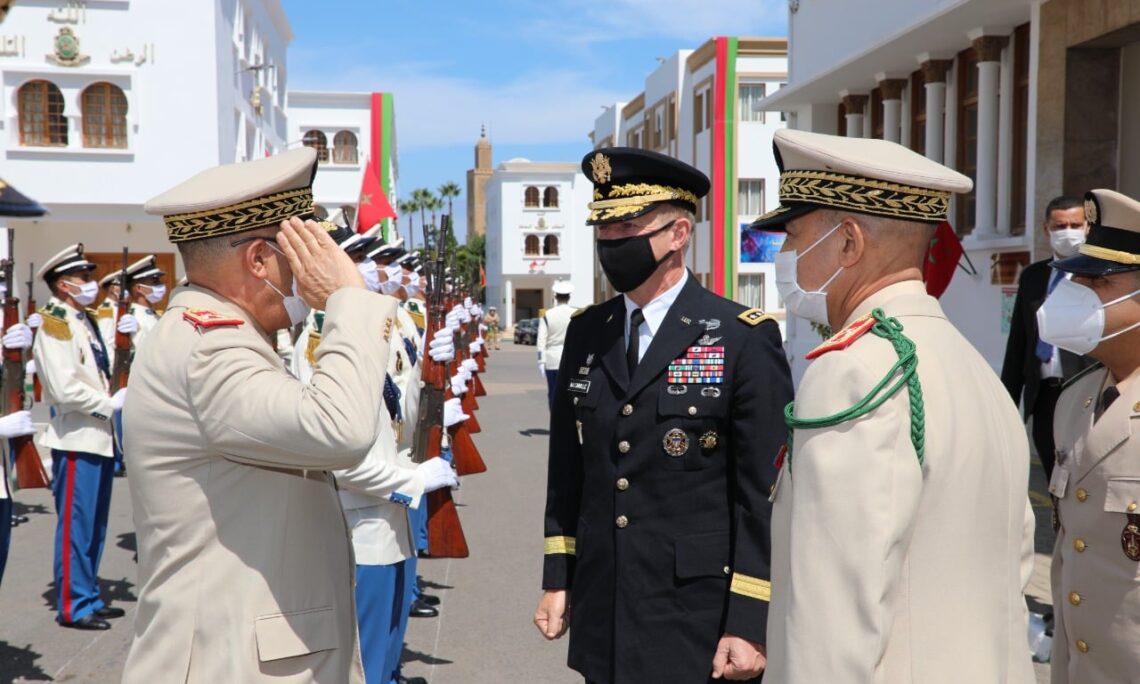 U.S. Army Gen. James C. McConville, the Army’s 40th Chief of Staff, reaffirmed the critical importance of the U.S.-Morocco strategic partnership during meetings with Moroccan defense officials in Rabat today, including Abdellatif Loudiyi, Minister Delegate to the Head of Government in Charge of the National Defense Administration, and Gen. Abdelfattah Louarak, Inspector General of the Royal Moroccan Armed Forces (FAR).

“I believe in peace through strength and that strength comes from a strong military along with a whole-of-government approach and strong allies and partners,” said Gen. McConville. “Meeting with our long term and highly capable partners in Morocco allowed us to discuss ways to further strengthen cooperation on shared priorities like training, professional military schools, and non-commissioned officer development.”

The meeting discussions touched on the implementation of the U.S.-Morocco “Roadmap for Defense Cooperation” that both nations signed last year.  The roadmap aims to guide cooperation in priority areas, including bolstering Morocco’s military modernization and efforts to more effectively face regional threats together.

U.S. and Moroccan officials also discussed Morocco’s continued yearly participation in more than 100 military exercises with the United States, including African Lion, the largest annual military exercise in Africa – which returned to Morocco in June after a one-year hiatus due to the COVID-19 pandemic.

Gen. McConville’s visit to the FAR headquarters in Rabat included a military honor guard upon arrival and a lunch at the FAR officer’s mess hall.

The general’s visit also coincides with the ongoing celebration of the bicentennial of the American Legation in Tangier, which Morocco gifted to the United States in 1821.  It was the first U.S. diplomatic mission in Morocco and stands an enduring symbol of the friendship between our two countries.