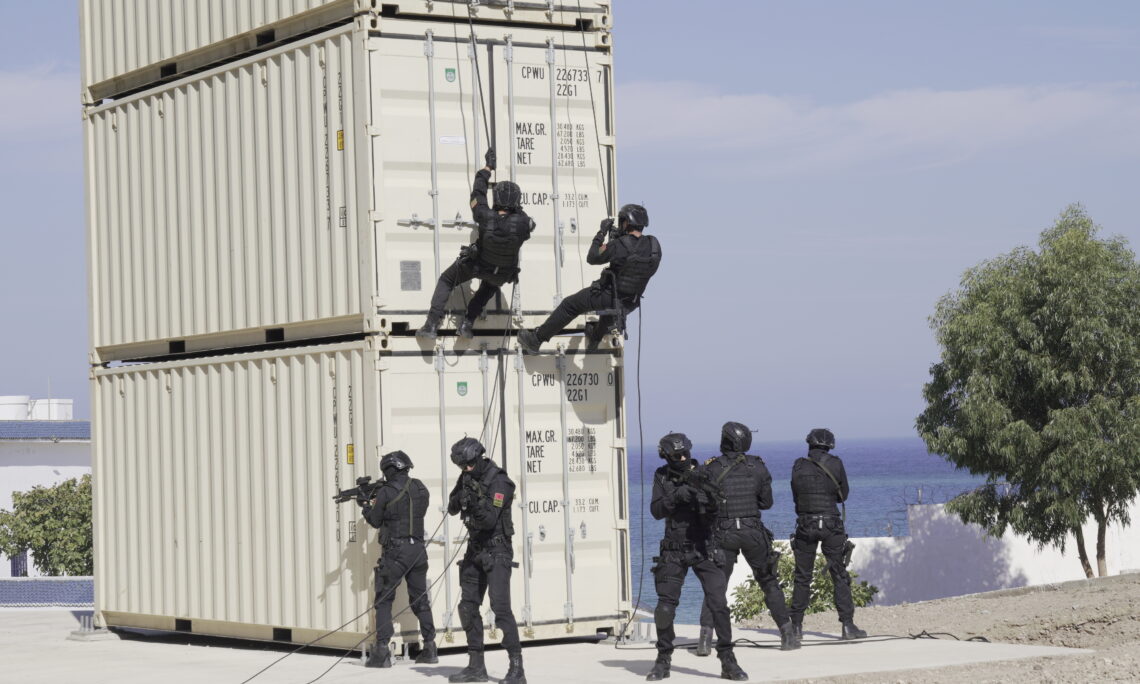 A team from the U.S. Navy Mobile Construction Battalion One worked with Moroccan Navy partners to complete construction of the tower, at a cost of $710,000.  The U.S.-funded project started in the fall of 2019, but construction was delayed because of the COVID-19 pandemic.

“This project is yet another example of the close relationship between the U.S. and Moroccan armed forces,” said LTC Teremuura Shamel, the head of the Office of Security Cooperation at the U.S. Embassy in Morocco.  “We are constantly working together to train and to prepare for  any possible threats to regional stability.”

In the coming weeks, U.S. and Moroccan military officials will gather at the Moroccan Royal Armed Forces southern zone headquarters in Agadir to start planning for next year’s African Lion, the largest military exercise in Africa.  The 2021 exercise, which took place in June across the Kingdom, was the largest since the annual training event started in 2007.

Morocco is a critical U.S. partner on a range of security issues.  It annually participates in more than 100 military engagements with the Unites States, including African Lion.  Morocco is also a  major partner for the U.S. International Military Education and Training and Foreign Military Sales programs.

Today’s event also comes as the United States and Morocco celebrate the bicentennial of the American Legation in Tangier, the oldest U.S. diplomatic post in the world and a symbol of more than 200 years of friendship between our two countries.