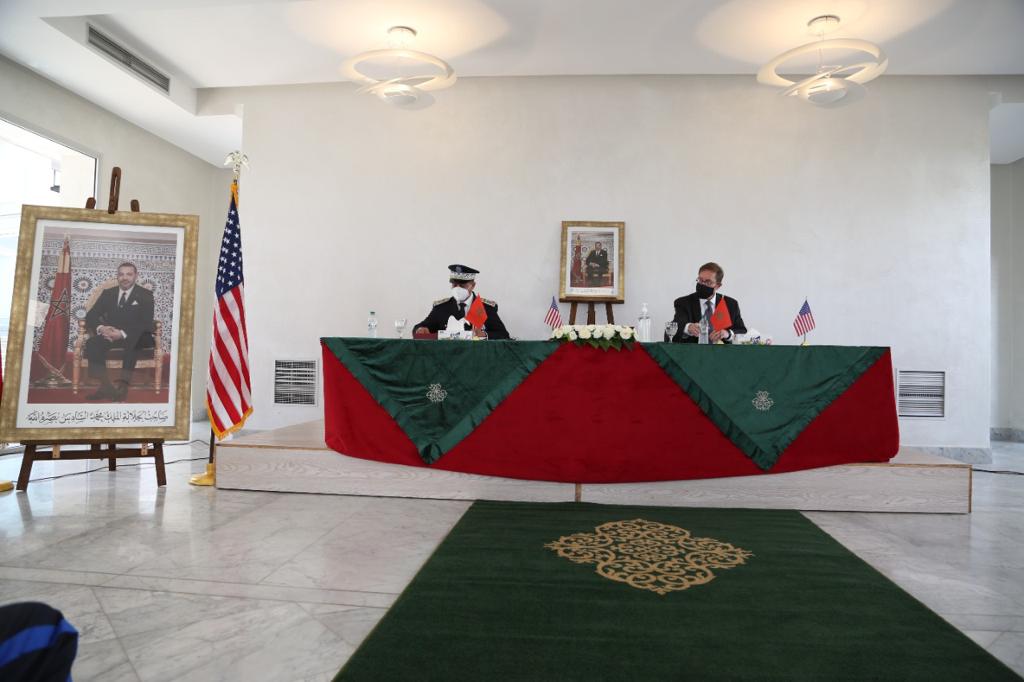 U.S. Charge d’Affaires, a.i. (CDA) David Greene delivered remarks at the Royal Institute of Police (IRP) in Kenitra to commemorate the donations and highlight the bilateral security cooperation that exists between both countries.

During his remarks, CDA Greene lauded DG Abdellatif Hammouchi’s leadership which has resulted in the DGSN becoming one of the premier law enforcement institutions in the region. He also thanked IRP Director, Director of Public Security, Judicial Police Director, and all of the other brave men and women of the DGSN for their role providing security in the kingdom that benefits Moroccan and U.S. citizens alike.