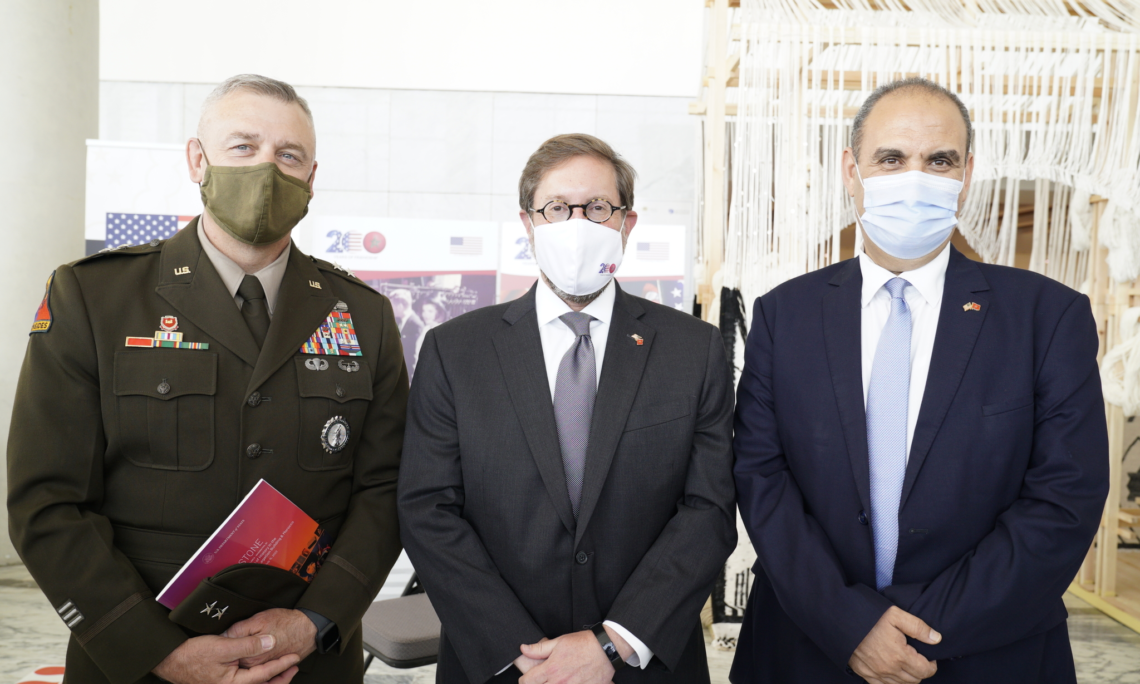 Library celebrating the 200th anniversary of the founding of the American Legation in Tangier and two centuries of friendship between our two countries.

The exhibition, “Of Voice and Stone–200 Years of History in the American Legation Building and Morocco,” is free and open to the public from 9 am to 5 pm daily. It features a range of priceless historic items that represent the strategic, economic and cultural ties between the United States – from a Lego model of the Mars Rover to Jimi Hendrix’s boots to Nawal El Mutawakel’s Olympic gold medal and track shoes. It even features a dress worn by pop star Lady Gaga.

“This exhibit tells the story of people-to-people relationships, of how ordinary Moroccans and Americans have accomplished extraordinary achievements together over the past years, decades, and centuries,” Chargé d’Affaires Greene said. “These achievements have left a permanent mark on our shared culture – in music, science, art, sports, and so many other areas.”

The American Legation in Tangier, a focal point of the exhibit, is a living symbol of the partnership between the United States and Morocco. The Legation was the United States’ first diplomatic property overseas. It was the site of important diplomatic and economic negotiations. And it is now a lively cultural center, museum, and research library.

The exhibit, which includes historic objects and displays from 200 years of the American Legation in Tangiers and diplomatic, economic, security, and cultural cooperation between our two countries, will remain at the National Library until late September. It will then move to Casablanca. In early 2022, the exhibit will be shown at the Department of State in Washington, D.C.

Throughout 2021, the U.S. Mission is celebrating U.S.-Morocco friendship with a series of events, both virtual and in-person, that demonstrate the strong ties between our two countries. Stay tuned to the Embassy’s social media pages for more information about the historic items displayed in the Legation exhibition.

During today’s inaugural event, Chargé Greene thanked Mohammed El Ferrane, director of the National Library, for the partnership that made it possible for the Library to host the exhibition.