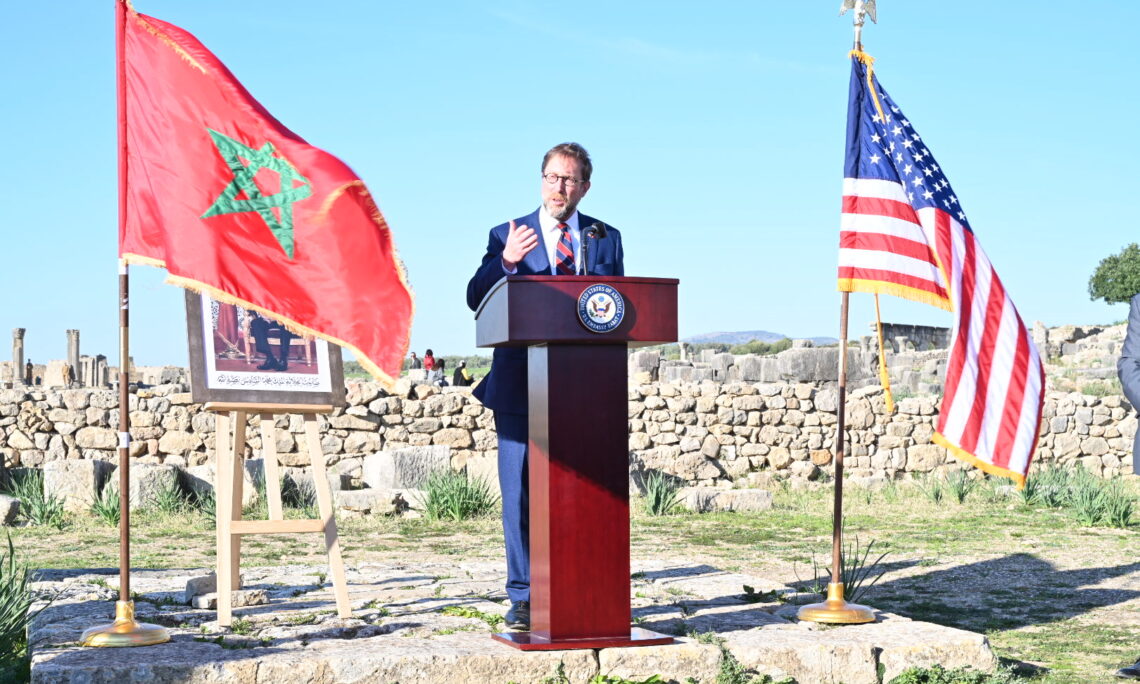 The U.S. Embassy Rabat is working with Ifker Association of Education on the Environment and Sustainable Development, supported by the Moroccan Ministry of Culture, through the U.S. Ambassadors Fund for Cultural Preservation, to restore and preserve historic 2nd and 3rd century mosaics, inspired by Greco-Roman mythology.

“This project is an example of the U.S. Government’s continued partnership with the Moroccan government and with local organizations to preserve and share the Kingdom’s invaluable cultural heritage,” Charge d’Affaires Greene said during the launch ceremony at the Volubilis site today.

The project will build upon Ifker’s partnership with the California-based Getty Conservation Institute Mosaikon, an initiative dedicated to improving the conservation, presentation and management of mosaics in the Mediterranean region.  Getty experts from the U.S. will come to Morocco to work with the local partners, train artisans on restoration and preservation of mosaics, and do outreach to local audiences on cultural heritage restoration and the importance of Morocco’s cultural heritage to the world.

“Given the importance of these objects, the project will be implemented with a close coordination with the local community and youth, through training in mosaic restoration, education and sharing of best practices of cultural heritage preservation, as well as promoting the importance of Morocco’s cultural heritage,” said Ifker President Anwar El Haouari.  Zoubir Chattou, founder of Ifker Association, learned about the U.S. model of cultural preservation during the International Visitors Leadership Program, which brings professionals to the United States to exchange ideas and best practices and build networks of expertise.

The U.S. Embassy Morocco has funded 12 cultural heritage projects in the kingdom, through the Ambassadors Fund for Cultural Preservation, totaling more than $1 million, ranging from the restoration of parts of Kasbah El Mediha near Kentira to the creation of a film archives at the Cinematheque de Tanger.  The Volubilis project was financed by a special fund dedicated to celebrating the 20th anniversary of the Ambassadors Fund for Cultural Preservation, established by the U.S. Congress in 2001 to preserve a wide range of cultural heritage all over the world.