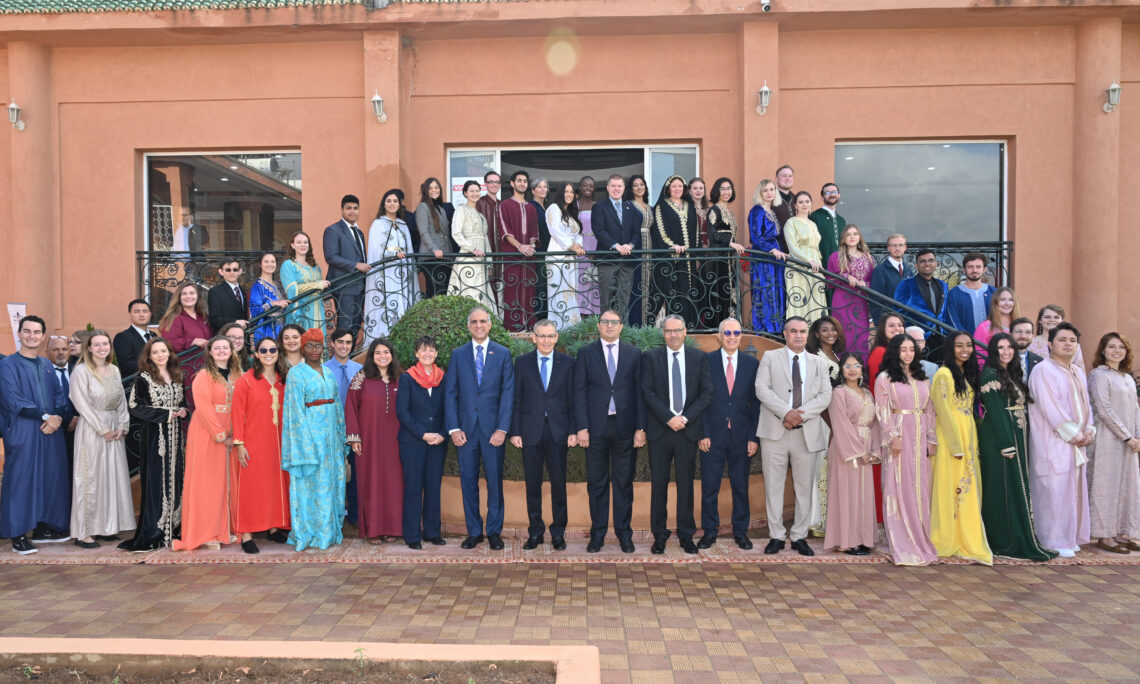 The volunteers will now move to host towns and villages across the country where they will perform service to promote peace, friendship, and support the Ministry of Youth, Culture, and Communication’s youth development strategy.

“Thank you to all 49 of you, who have made the bold decision to volunteer the next two years of your lives, immersing yourselves in a local community in Morocco and deepening the already strong people-to-people ties between our two countries,” Ambassador Talwar said during his remarks. “Many of you have waited two years through the pandemic to come here and begin your service. Thank you for your patience and dedication.”

Ambassador Talwar also thanked the Wali of Beni Mellal- Khenifra region, Governor of Beni Mellal province El Khatib Lehbil, and representatives of the Ministry of Youth, Culture, and Communication, who attended the ceremony, for the Moroccan government’s continued support for the Peace Corps program.

The Morocco group represents the largest number of Peace Corps volunteers currently in any country in the world. The Kingdom was one of the first countries to accept volunteers in 1963, just two years after President John F. Kennedy established the Peace Corps in 1961.

Since then, more than 225,000 U.S. citizens have served as Peace Corps volunteers across the globe. Over 5,000 have served in Morocco. The Kingdom remains one of the most requested service destinations for volunteers. The volunteers are aged between 21 and 60 and come from across the United States, reflecting the country’s diversity.