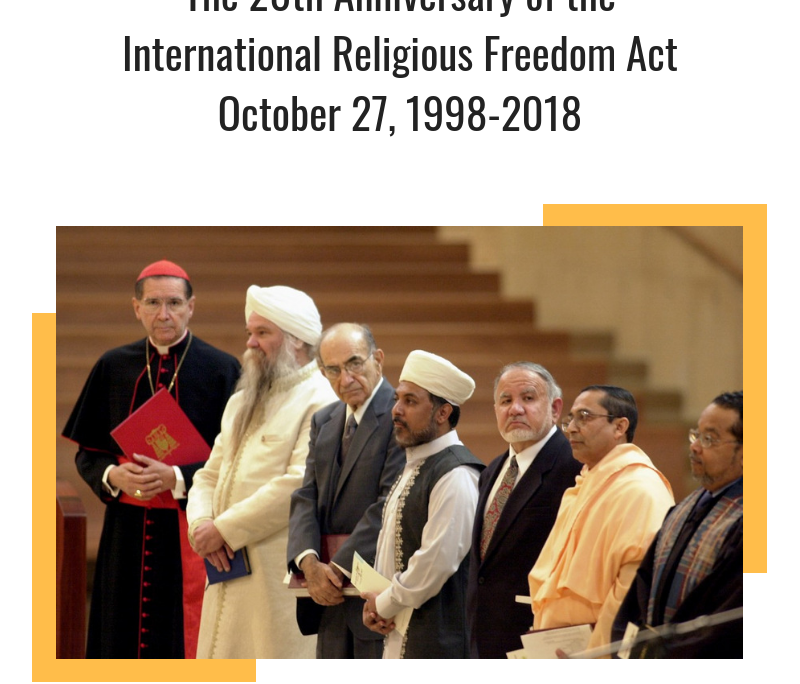 The 20th Anniversary of the

This year marks the 20th anniversary of America’s International Religious Freedom Act, which made the promotion of religious freedom a U.S. foreign policy priority.  We reaffirm our stance that all people, in every country, deserve to exercise their right to live according to their conscience: to be free to worship, practice, share, change, and express their beliefs as they see fit.

The ability of Americans to live out their beliefs has been central to our success as a nation. Promoting religious freedom is a moral imperative – but it is also a vital national security issue. Defending religious freedom the world over leads to greater peace, stability, and economic prosperity here at home and in the countries that guarantee this freedom. This is why the Trump Administration included the promotion of religious freedom as part of the U.S. National Security Strategy.

Indeed, no religious community is immune from persecution.

Together we can safeguard the right of religious freedom around the world.  Governments, civil society, faith groups, and individuals must work together to advance this cause.  Together we must confront and counter those who practice, enable, or export religious persecution or violent extremism.