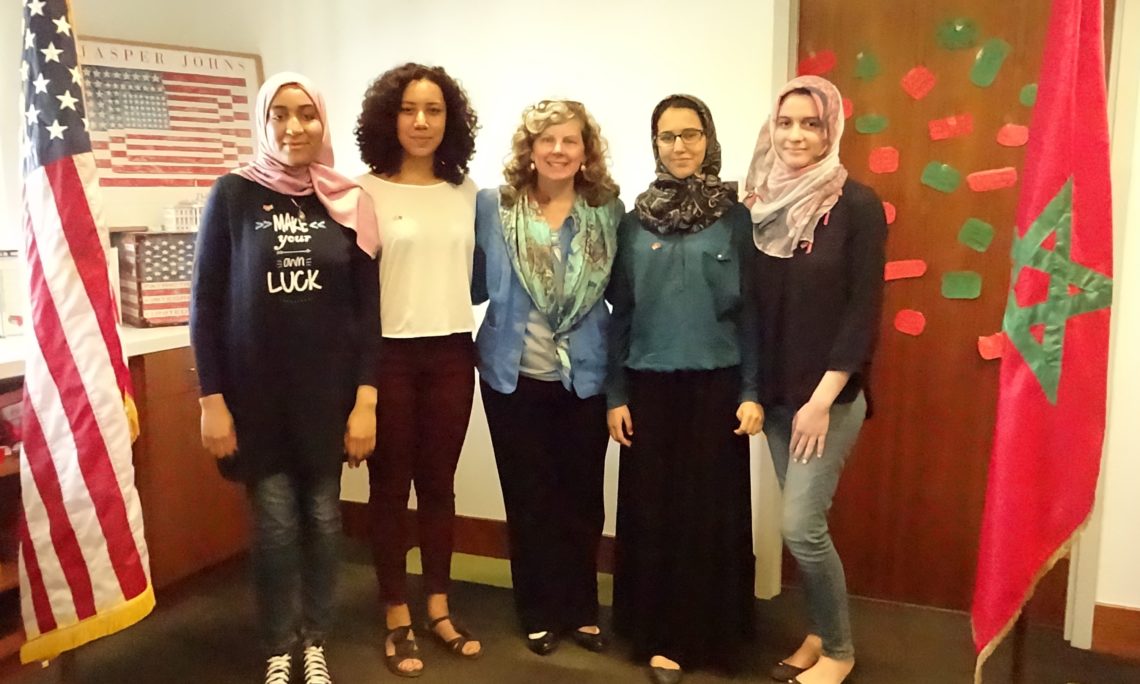 The U.S. Department of State’s TechGirls initiative empowers girls around the world to become leaders in science, technology, engineering, and math (STEM) fields.

This year, the U.S. Embassy in Rabat is pleased to announce that 4 Teenage girls from Morocco will participate in the TechGirls exchange program from July 12–August 3. During their three week visit to the United States, TechGirls program participants Asmae Aannaque, Yasmina El Argoubi, Asmaa Hadir and Soukaina Tachoufti will strengthen and develop technical skills, form invaluable networks, and establish relationships with mentors that will influence their future tech careers.

TechGirls will attend leadership clinics and project management workshops at Virginia Tech in Blacksburg, VA and in Washington, D.C. While at Virginia Tech, the teens will also participate in an eight day, interactive technology and coding camp conducted by the Department of Computer Science Training, participate in a day of job shadowing with top tech companies in the Washington, D.C.-area, and engage in community service activities. Top leaders in the tech industry from the United States and the Middle East and North Africa will mentor the girls throughout the program.

TechGirls program is sponsored by the Bureau of Educational and Cultural Affairs, U.S. Department of State and totaled 130 alumnae. These young and smart beneficiaries have utilized the program’s lessons to train more than 2,300 peers in their home countries. The achievements of these alumnae and the talent of the incoming class contribute to the U.S. global commitment to advance the rights of women and girls around the world, as well as STEM education.