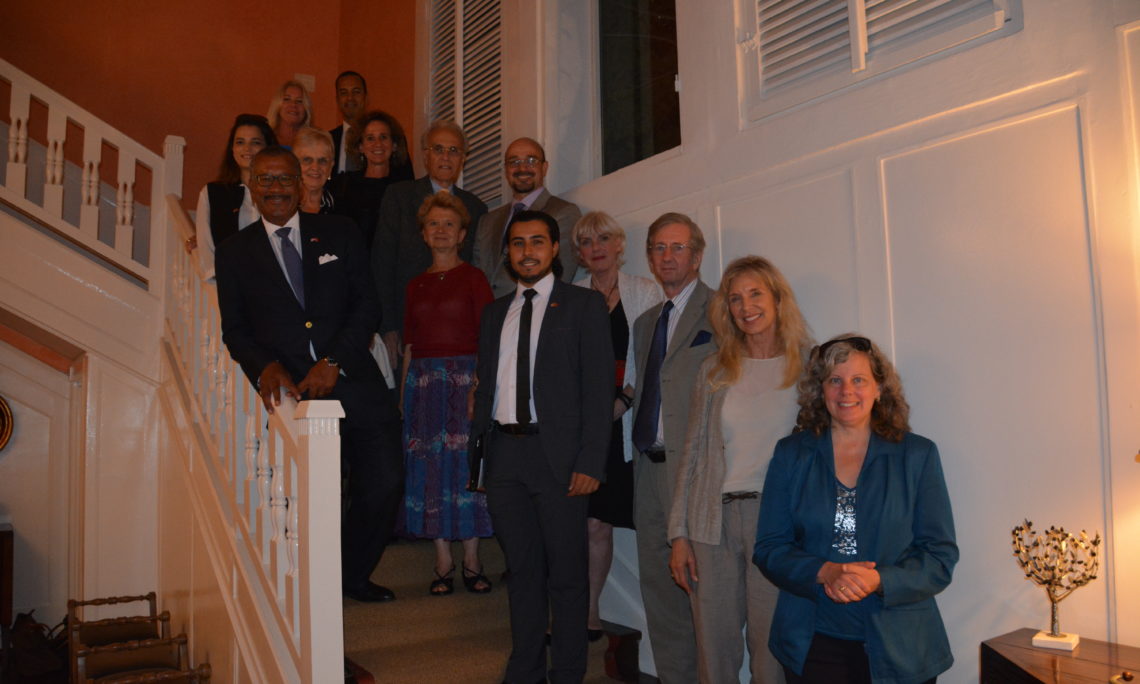 On Monday September 26 Ambassador Bush held an event in honor of Search for Common Ground’s President Shamil Idriss who was visiting Morocco with the organization’s leadership to learn about the NGO’s efforts to promote greater stability and social cohesion in the region.  Event guests included the Ambassador to Britain & Northern Ireland Karen Betts, Dr. Ahmed Abaddi Secretary General of the Muhammadan League of Scholars of Morocco and Mr. Noufal Abboud, Country Director for Search for Common Ground Morocco.  During the event Ambassador Bush told the group that he believes that the programs implemented by Search for Common Ground Morocco represent an excellent example of the creativity, local relevance and successful government partnerships that the organization should seek to replicate in other areas of the world. 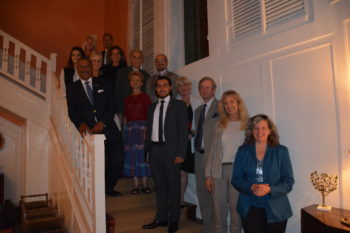