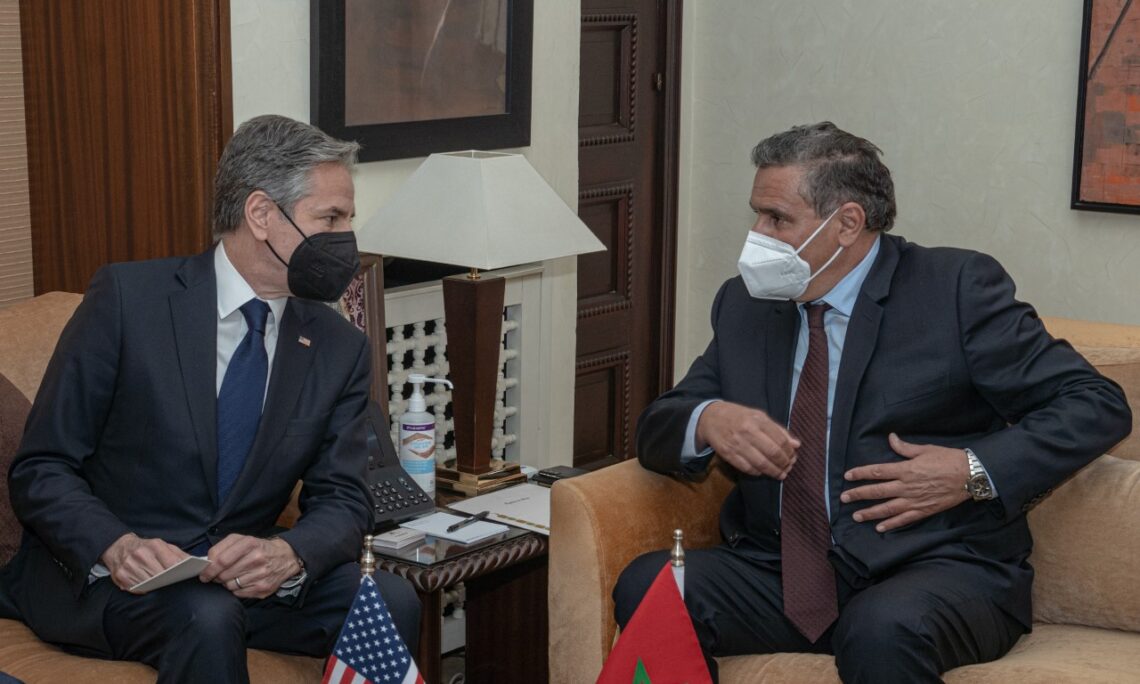 READOUT
OFFICE OF THE SPOKESPERSON
MARCH 29, 2022

The following is attributable to Spokesperson Ned Price:

Secretary of State Antony J. Blinken met today with Moroccan Prime Minister Aziz Akhannouch in Rabat. The Secretary thanked the Prime Minister for his and his government’s hospitality, and they engaged in a wide-ranging discussion regarding bilateral, regional, and international priorities, including the effort to combat the COVID-19 pandemic and the climate crisis. They also discussed King Mohammed VI’s reform agenda and the economic and social challenges Morocco faces. The Secretary remarked on the successes of the five-year, $460 million compact administered by the U.S. Millennium Challenge Corporation and focused on expanding opportunities for people across the Kingdom. They also reviewed our strong economic ties and discussed how we can deepen them. Across all of these efforts, the Secretary noted the importance of advancing human rights and fundamental freedoms, including freedom of expression, in line with Morocco’s international commitments.

The Secretary emphasized the need for President Putin to end his war against the people of Ukraine, which is having tangible implications on the region, including higher food, commodity, and energy prices. The Secretary pledged the United States’ continued support for the Kingdom and its people.