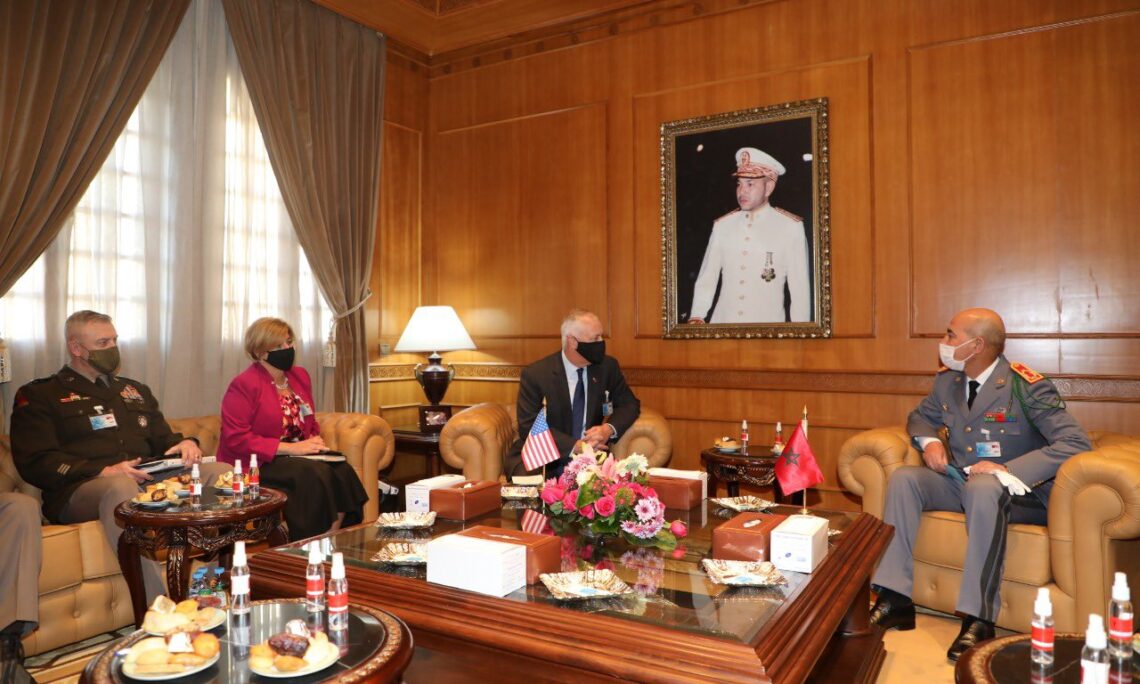 Anthony Tata, performing the duties of (PDO) under secretary of defense for policy, met separately with Abdellatif Loudiyi, Morocco’s minister-delegate to the head of government in charge of the National Defense Administration and Abdelfatah Louarak, inspector general of the Royal Moroccan Armed Forces, during a visit to Morocco January 12.  Mr. Tata also co-chaired the 11th U.S.-Morocco Defense Consultative Committee with General Louarak.

PDO USD(P) Tata, Mr. Loudiyi and General Louarak affirmed both countries’ commitment to the strategic bilateral partnership to deter threats and address shared challenges.  They noted the enduring ties created over 244 years of partnership and pledged to work closely together to safeguard both countries’ national security interests.

PDO USD(P) Tata specifically hailed the Moroccan military’s significant contributions to African and international stability and security under the leadership of His Majesty King Mohammed VI.  He also highlighted Morocco’s participation in more than 100 military engagements with the United States yearly, its hosting of AFRICAN LION – the largest yearly U.S. military exercise in Africa, and Morocco’s role exporting security abroad.

The U.S. Department of Defense will continue to execute its mission, including by reassuring allies and partners of our nation’s steadfast resolve, as we uphold our oath of office and the Constitution.