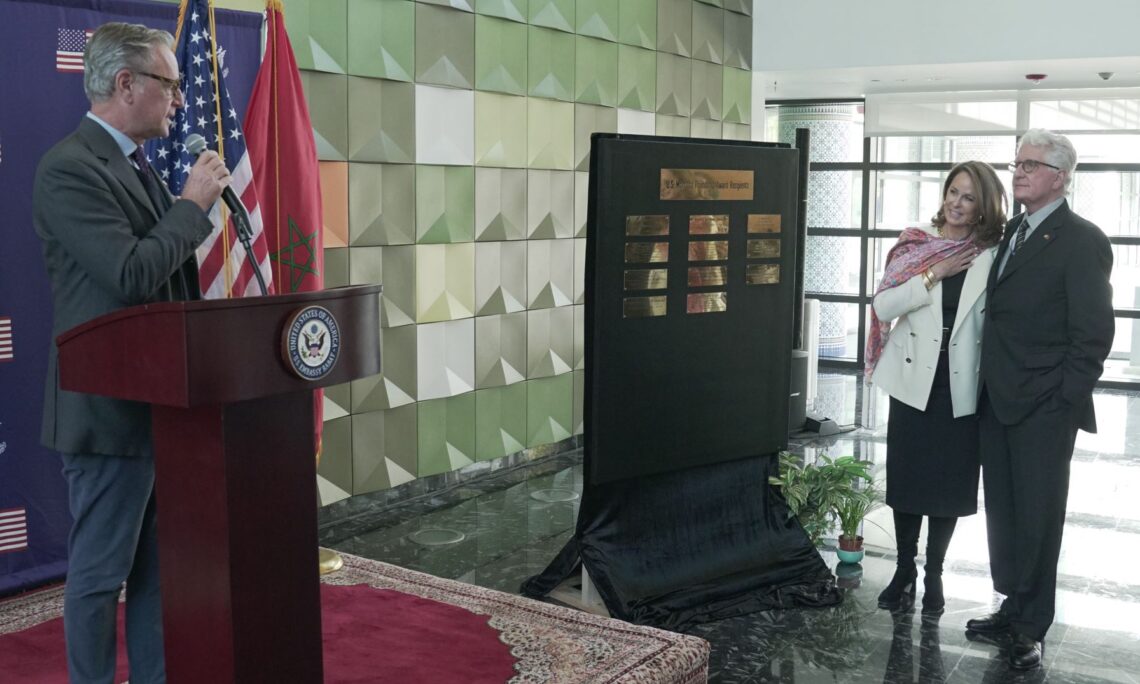 The U.S. Embassy in Morocco is pleased to announce the 2021 recipient of the U.S.-Morocco Friendship Award is Mr. Madison Cox, for his “Unwavering Support to the U.S.-Moroccan Relationship through the Promotion of Cultural and Educational Exchange.” Mr. Cox’s inspiring leadership and commitment to ensuring the continued work and preservation of the American Legation in Tangier is a symbol of the longstanding respect and appreciation the United States feels towards the Kingdom of Morocco.

U.S. Ambassador to Morocco David T. Fischer welcomed the announcement, “I can think of no other person who is more deserving of this recognition, Madison has been a stalwart friend to both Morocco and the United States through his cultural and education outreach. I’m delighted to be able to present this award to him.”

The Friendship Award, established in 1996, is part of a longstanding tradition of recognizing individuals who have made significant contributions to advancing U.S.-Morocco relations. Friendship Award winners are Moroccan or U.S. citizens who have substantially contributed to trade and economic development, educational and cultural exchange, security cooperation, strengthening the bilateral relationship, or other forms of cooperation and exceptional acts to reinforce the bilateral relationship. Previous winners include Her Highness Princess Lalla Zineb Bint Abdallah Alaoui, and Dr. Hassan Mekouar of the Moroccan-American Commission for Educational and Cultural Exchange.