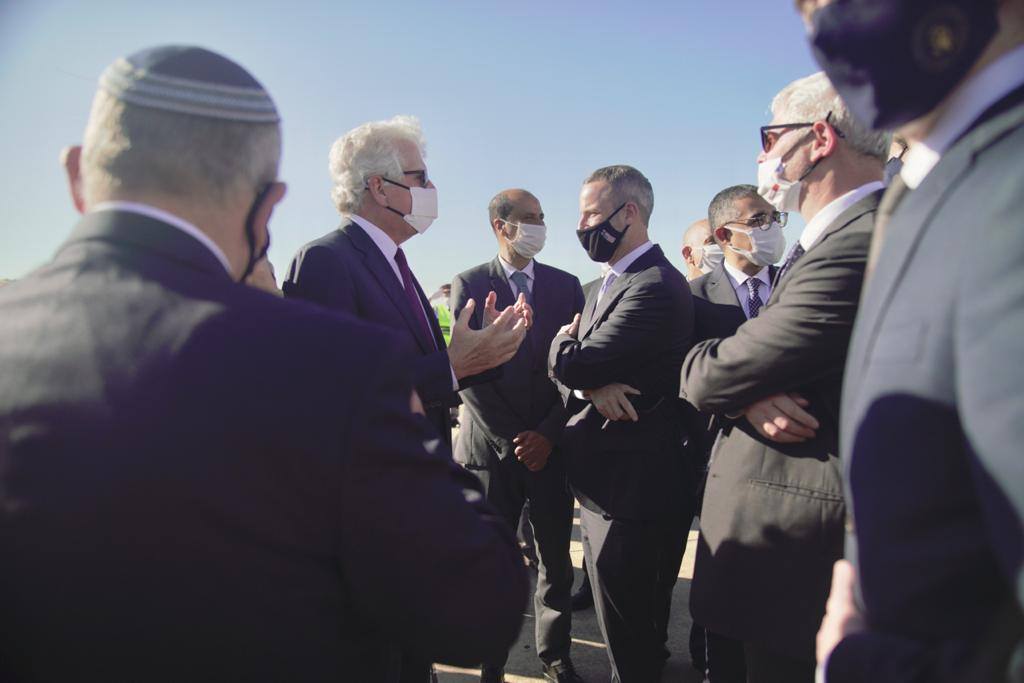 Office will bolster bilateral trade and investment between the U.S. and Morocco and across Africa

Rabat, Morocco – U.S. International Development Finance Corporation (DFC) Chief Executive Officer and Prosper Africa Executive Chairman Adam Boehler today announced a series of efforts to expand U.S. investment in Morocco and strengthen its role as an economic hub for the continent. In sum, these initiatives seek to mobilize $5 billion in investments in Morocco and across the region.

These announcements came as Boehler, who was selected to be the Executive Chairman of Prosper Africa in February of this year, participated in a White House-led delegation commemorating the first commercial flight between Israel and Morocco following the normalization agreement.

”Morocco’s leadership on the continent combined with its vibrant and growing economy make the country an ideal base for Prosper Africa as well as create exciting opportunities for DFC investment,” said Boehler. “We deeply value our strong relationship with Morocco and we look forward to deepening this partnership.”

These new developments will advance the goals of the Trump Administration’s Prosper Africa initiative by driving increased trade and investment between the United States and Morocco in addition to other countries across North Africa. Through Prosper Africa, the U.S. Government is committed to helping U.S. businesses and investors access North African markets and to supporting North African businesses in accessing new opportunities in the United States.

In January 2021, the Prosper Africa Secretariat will establish a regional office in Morocco, the initiative’s very first regional office in North Africa. The new Morocco office will leverage expertise from across 17 U.S. Government agencies and bring new resources, staff, and dedicated attention to increase two-way trade and investment between the U.S. and Morocco and across broader North Africa, helping support economic development in the region.

The collaborations signed today demonstrate DFC’s commitment to supporting development and economic growth in Morocco, and Morocco’s role as a key partner in realizing the goals identified in DFC’s new Roadmap for Impact. DFC welcomes proposals from the private sector for investment in Morocco, including those related to energy, agriculture, healthcare, and expanding access to finance. Following Morocco’s announcement normalizing relations with Israel, DFC also welcomes proposals under the recently-launched Abraham Fund initiative.

Finally, Morocco will serve as a regional center for USAID’s new continent-wide Prosper Africa Trade and Investment program. Launching in 2021 with the potential for up to $500 million in funding over five years, this groundbreaking new USAID program will offer a wide range of customized services from business development and investment facilitation to support improved legal and regulatory frameworks. For every $1 of public funding, this new USAID program is expected to leverage more than $9 in private investment, delivering billions of dollars in new exports and investments and creating thousands of new jobs.