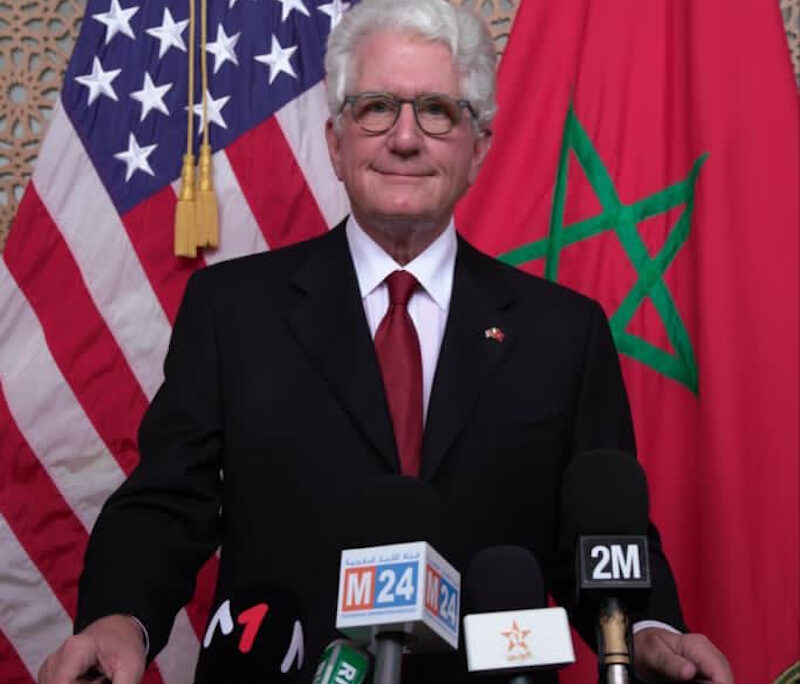 Thank you for being with us today – I am thrilled to have a chance to talk to you about yesterday’s historic White House announcement and what it means for the incredibly strong and historic relationship between the United States and Morocco.

Next year, we will mark 200 years since the United States opened its first diplomatic mission in Morocco – our oldest diplomatic facility anywhere in the world.

I would go so far as to say that President Trump’s announcement yesterday represents one of the most important developments in those 200 year of friendship between our two countries.

As you know, the president signed a proclamation recognizing Moroccan sovereignty over the Western Sahara.

He also announced that Morocco and Israel – two of our country’s closest allies – have agreed to significant enhanced relations.

In the coming weeks, Morocco and Israel will reopen liaison offices in Rabat and Tel Aviv, with the goal of transitioning to full diplomatic relations.

Morocco is building on its longstanding bond with the Moroccan Jewish community in Morocco and throughout the world, including in Israel.

I want to acknowledge King Mohammad VI’s leadership and continuous efforts to promote religious tolerance and harmony. From Morocco’s historical tradition of protecting its Jewish minority, the signing of the Marrakech Declaration to yesterday’s agreement – the King sets an example to the region and the world.

On Western Sahara, President Trump is rejecting the status quo – which benefits no one – and driving toward a serious, realistic, and credible solution to the Western Sahara conflict.

The United States believes that autonomy is the only realistic option to achieve a just, lasting, and mutually acceptable solution for the future of Western Sahara.

This plan encourages further discussion. It uses autonomy as the framework for a solution that satisfies the aspirations of the people of the Western Sahara. This can and will be found.

We continue to urge all participants to constructively engage with the UN and consider new, creative and genuine ways to move the peace process

forward. The United States continues to press for the appointment of a new Personal Envoy for the Secretary General to facilitate this historic solution.

The United States remains committed to working with all involved to support the necessary work ahead.

To the people of the Western Sahara, I want to say this – the United States will open a consulate in Dakhla to support and encourage investment and development projects that bring you tangible benefits.

Today’s news is just the beginning. I come from a business background in the United States, and I am 100 percent certain that Morocco has a strong economic future ahead of it as we emerge from the COVID-19 pandemic.

King Mohammad VI’s bold leadership has expertly positioned Morocco as the economic “Gateway to Africa,” thanks to the Kingdom’s free trade agreements with countries in Europe, the Middle East, and Africa. Morocco is the also only country in Africa to have a free trade agreement with the United States.

Next week, we plan to make a series of announcements that will strengthen the US-Morocco strategic partnership in economic development and trade, while also enhancing Morocco’s role as a regional economic leader.

Thank you all, and I will gladly take some questions.