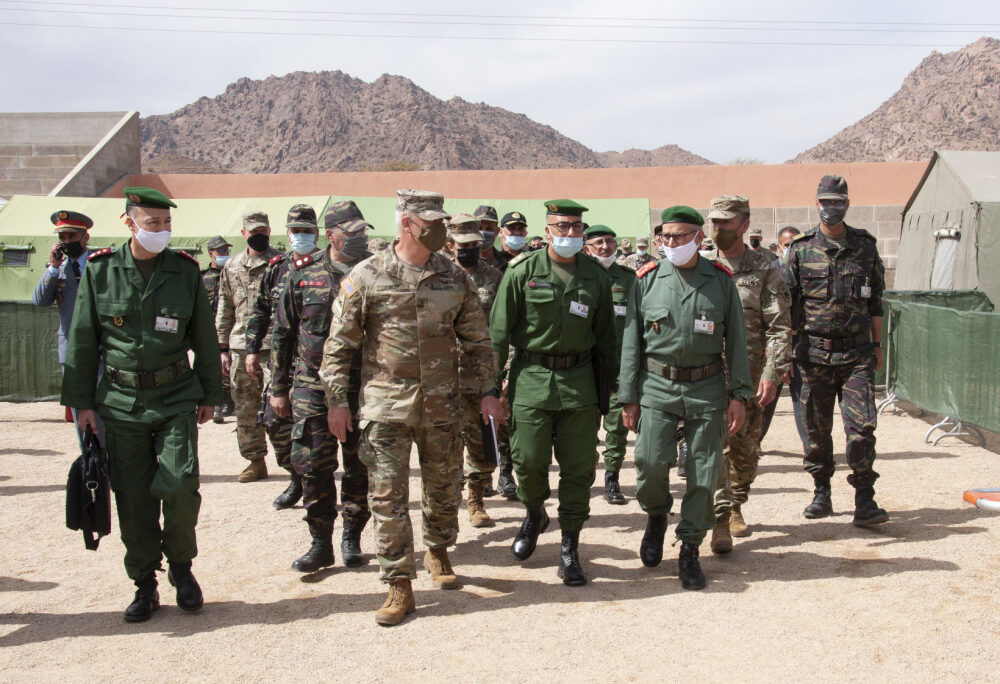 “I would like to thank our Moroccan, Senegalese and Tunisian partners for
hosting African Lion in their respective countries. This year’s African Lion
was the largest and most complex we have had, to date,” said Maj. Gen.
Rohling, Commander of the Southern European Task Force Africa. “Close to
eight thousand personnel from eight different countries participated in this
exercise, and another fifteen observed the training with the potential to
join for African Lion 22.”

“Thanks to its multi-domain, multi-component, and multi-national character,
African Lion 2021 employed a wide array of mission capabilities in order to
strengthen interoperability between partner nations, and enhance the
aptitude to conduct in-theater operations, particularly through this year’s
engagement of 8,000 personnel, both men and women, including Americans and
other multinationals,” said El Farouk.

The Chargé d’Affaires at the U.S. Mission in Morocco, David Greene, also
attended the closing ceremony of exercise African Lion.

“We are thrilled to welcome African Lion – the largest military exercise in
Africa—back to Morocco after a one-year hiatus because of COVID-19. The
exercise is a critical component of the close, strategic partnership between
Morocco and the United States,” Chargé Greene said.

The Defense Threat Reduction Agency trained with the Senegalese and
Moroccans at the port of Agadir through a CBRNE scenario.

As part of the maritime domain of the exercise, the Navy warship USS Hershel
Woody Williams stopped at the port of Agadir to train alongside a Moroccan
frigate.

In Tafraoute, the humanitarian assistance event included a field hospital
that treated over 8,000 patients for more than 23,000 procedures in 10 days.